Are Tracker Mortgages Coming Back To Australia? 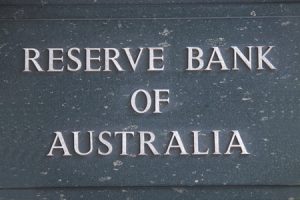 The cash rate has actually been reduced twelve times since November 2011 and tracker mortgages are seen as the best way to encourage banking institutions to remain transparent in these times of loose monetary policies and low interest rates. The RBA set a lower interest rate in August but the major banks did not follow and failed to cut interest rates by 25 points, which lead to a lot of backlash.

Tracker Mortgages Are Coming Back

ASIC, the main banking regulator in Australia announced to the standing committee on economics created by the House of Representatives that it fully supported the decision to bring back tracker mortgages. These mortgages are available in Europe, in the UK and in other countries but were previously unavailable to Australian homeowners. Auswide Bank is now offering tracker mortgages, even though it isn’t a major lender on the Australian market.

There are a few requirements homeowners have to meet to obtain a tracker mortgage. These loans are available on new owner-occupied homes. The LVR has to be of 80% or under and the value of the home loan has to be at least $150,000. The current variable interest rate is of 3.99% and will change within two working days of the RBA adjusting the cash rate.

There is a floor rate for the loan. If the RBA were to set the cash rate at 0% or below, homeowners would still have to pay the fixed margin on their home loan.

Martin Barrett, the Auswide Bank Managing Director explained that the parliament standing committee looked into bringing back tracker mortgages in Australia. These loans would be a good match for homeowners who need a variable rate and who want transparency from financial institutions. Tracker mortgages make it easy for homeowners to understand exactly how much they will pay for their home loan and how the interest rate will change.

Tracker mortgages used to be available in the past but they didn’t stay around for very long. Bankwest, a subsidiary of the Commonweatlh Bank, offered rate tracker mortgages in 2008 and in 2008. These mortgages had variable interest rates tracked against the rates of the four major banks. QT Mutual Bank, a mutual lender based in Queensland, proposed a tracker mortgage linked to the rate set by the RBA in 2011 but these loans were discontinued last year.

What Should Homeowners Expect From Tracker Mortgages?

Major banks do not see passing on cash rate cuts as an ideal option and so far tracker mortgages are not seen in a positive light in the banking industry.

Graeme Salt is a mortgage gage for Origin Finance in Sydney. He believes that tracker mortgages will not live up to what homeowners are expecting from these loans. He explains that it is easier for homeowners to save money if they go through the right mortgage broker. He adds that the RBA could cut the cash rate again.

Münchenberg explains that the cash rate set by the RBA is one factor among many. There are other factors that influence the cost of providing mortgages for financial institutions. Offshore costs will change regardless of what happens with the cash rate set by the RBA. Banks will have to protect themselves from this possibility by setting higher buffers. This could result in homeowners spending more on their home loans due to these factors that are difficult to predict.

Most banks get funding from overseas in Australia. Münchenberg explains that offering loans based on the cash rate set by the RBA would represent a real risk for banking institutions since this rate is independent from overseas funding.

What Are Other Banks Saying?

Some reports from News.com.au contacted different major banks to find out what they thought of the tracker mortgage offered by Auswide Bank. Most major banks responded that these mortgages were not an ideal option and that they did not believe it would be best for the parliament to require banks to offer this type of financing. 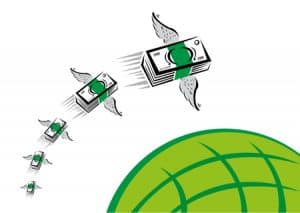 Brian Hartzer, the CEO of Westpac, said that these mortgages represent a real risk. Tracker mortgages are a good option when the economy is doing well. These mortgages would become a real problem if things were to become unstable. Banks could find themselves dealing with a sharp increase in the cost of funds while being unable to reflect this in the interest rates.

Brian Hartzer talked to the Standing Committee on Economics appointed by the House of Representatives according to the APP. The position remains the same now that some non-major lending institutions are starting to offer tracker mortgages so they can compete with larger banks. The Commonwealth Bank and Westpac support the comments made by the ABA and did not wish to give more details on their position to news.com.au. NAB had not made any comments at the time of publication.

ANZ has a different position since this bank said that they might offer tracker mortgages in the future if there is a market for it. This bank is currently looking at how these mortgages would be structured and priced and is also analyzing possible demand according to what a spokesperson told news.com.au.

It is very likely that the three other major banks would start offering tracker mortgages if ANZ were to adopt this product.

Facebook
Twitter
LinkedIn
PrevPreviousAre You Mortgage Smart, Or Just Another One Of The Banks Sheep?
NextMoney Saving TipsNext 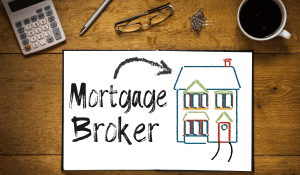